Mark Verdoes lives and works in the Netherlands. His studio overlooks the river Rhine and is located in an old brick factory in Wageningen, where until 1965 bricks were made from river clay. From 2008 till 2014 he worked in a studio in the village of Gorella, a small rural community near Udaipur (The City of Lakes) in Rajasthan India. From his rooftop studio there, he commands a panoramic view of the surrounding mountains, which provided him with a source of inspiration resulting in for example the ‘Via Energetica‘ works. 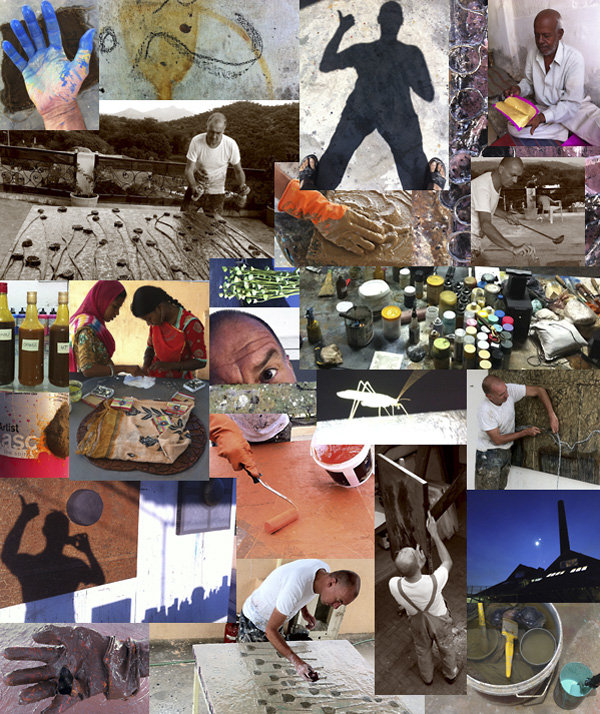